Unlike topics that come and go, data privacy remains an ever-important issue for social media users. The Indian government banned 59 Chinese apps in late June, citing national security and data privacy concerns. The ban also includes the popular short-video making app Tik Tok with 610 million lifetime downloads as of April. The Tiktok community thrived in the recent times of lockdown, but supported the move and reiterated the worth of personal information. The void created by Tiktok was received favorably by Indian based start-ups like Chingari, Aii Social, Bolo Indya, etc to not only create a TikTok like the platform but also promise stronger privacy and reliability.

Aii social is a first of its kind social media founded by Ankit Chaudhari which allows users to convert data, social engagement, and brand interactions into rewards & payment. Along with content creation and engagement with friends and family, Aii social emphasizes on users’ safety and data privacy.  The app is a KYC enabled platform in the social space addressing the issue of social bullying & trolling at the same time. The hybrid platform rewards users for their social interactions and data, tackling hidden user data monetization as it occurs on other social media platforms where users have never before been rewarded for their data. While the app is released for individual users, Aiisma is also running a beta program for business, brand, and influencer partners. The first platform to charge only for the real business to consumer interactions, Aii. Social already has over 50 brands working with it. By 2021, the platform aims to reach 5million+ users and plans to expand geographically to the Middle East with social commerce and games made available on the app.

Chingari, the Odisha based start-up founded by Biswatama Nayak is a desi alternative to Tiktok. The Chingari app is available in all major languages prevalent in India such as English, Hindiingari, Bangla, Gujarati, Marathi, Kannada, Punjabi, Malayalam, Tamil, and Telugu The short video app is not only restricted to user-generated contents, rather users can also play quizzes and get informed from reliable sources. Chingari pays its content creator on the basis of how viral the video becomes. For every video that users upload, they get points per view which can be redeemed for money.  The company has claimed that the app has been developed with a key focus on privacy, supposedly implementing the highest standards in terms of privacy and transparency. Chingari app has been made available across all app stores such as Google Play Store and iOS App Store. The app has seen around 2.5 lakhs download in July. 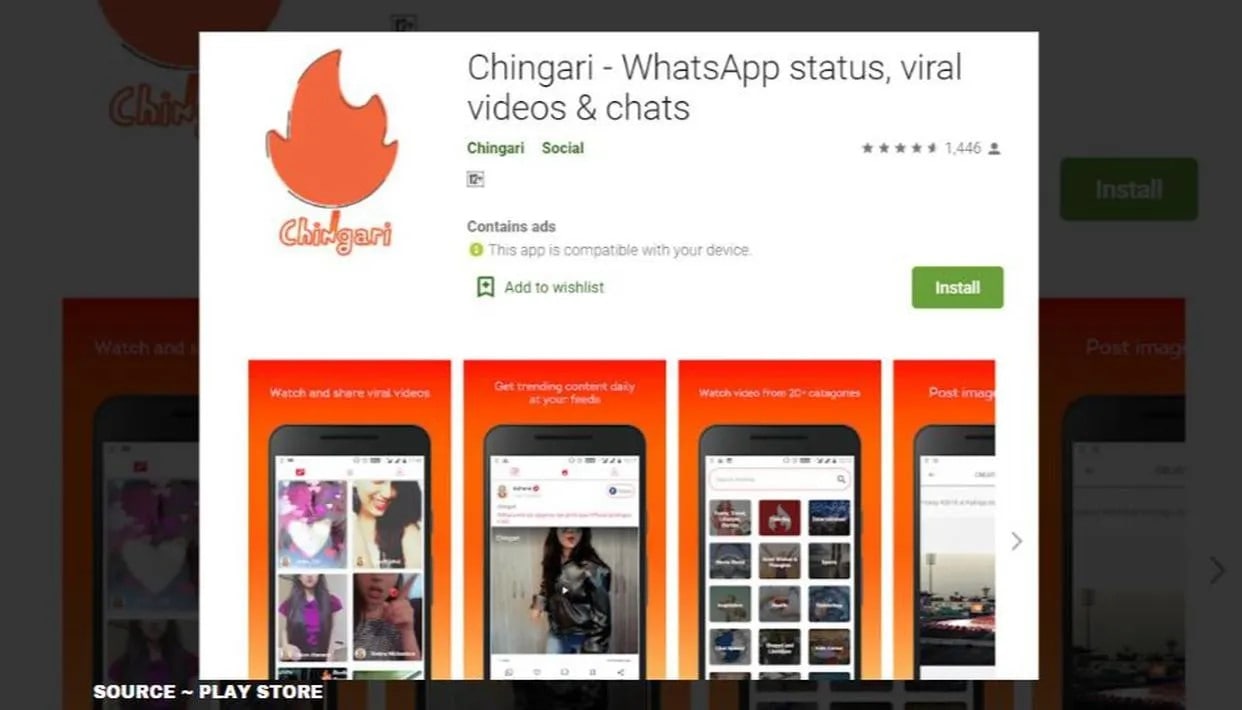 Bolo Indya is an infotainment app developed by SynergyByte Media Pvt Ltd based in Gurgaon.  The app allows users to create and consume short videos of maximum duration 2 minutes across interest areas ranging from Lifestyle, Cooking, Entertainment, Talent, Technology, Storytelling, Motivation, Finance, Relationships to Sports and many more. With over 12 diverse language bases, the app is a perfect fit for its regional target audience. The app also pays royalty to its users if they create video. The app also stays committed to the Indian government’s guidelines on UGC platforms, Data security, and promotes Indian ethos, values, culture, and heritage in the content that stays on the platform.  According to the company, Bolo Indya currently enjoys 40 lakh monthly active users across play store and OEM AppStore with 15 lakh videos being created on a daily basis since jun 2020. 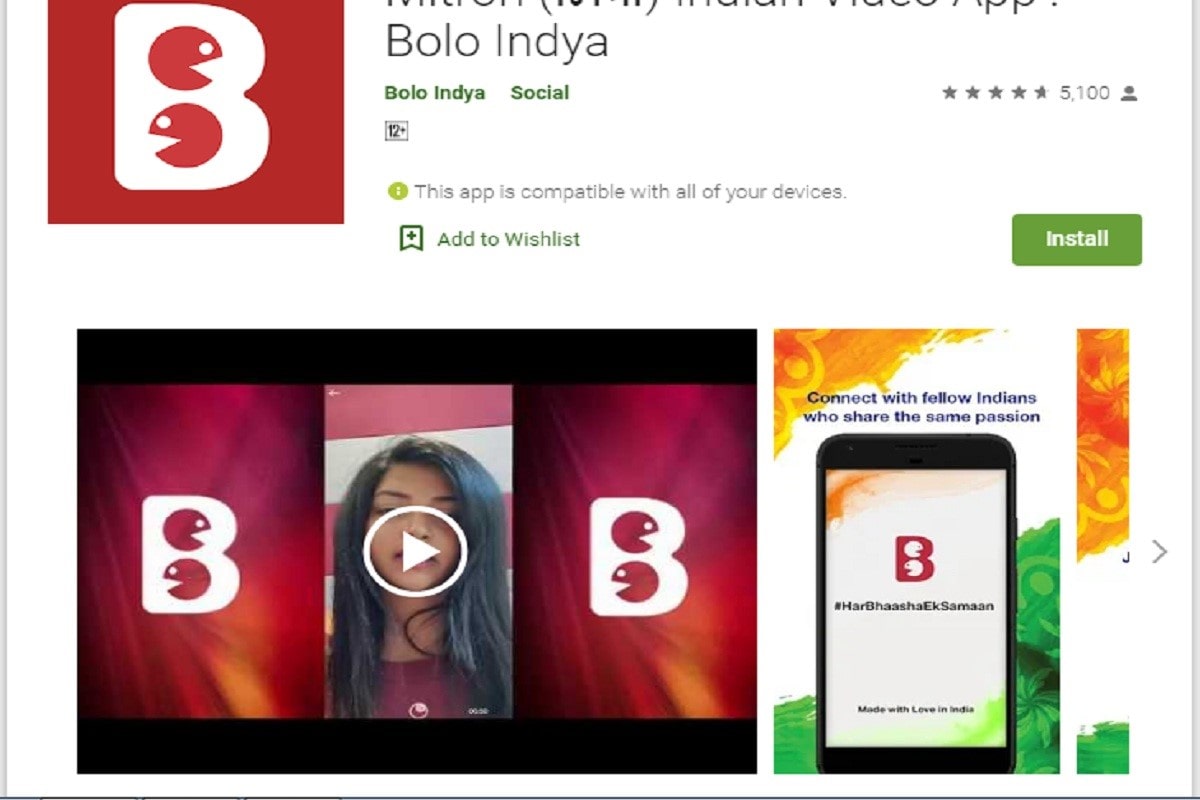 Mx Takatak which belongs to India’s famous video sharing platform MX Player has emerged as the apt choice for content creators. MX Takatak community hosts the largest number of digital influencers, over 1 million. Every content creator on the platform gets access to mobile-first content creation tools – From an extensive background music library, advanced beautifications tools, new innovative filters, voice-over recording and much more. We take the security of your data very seriously. MX TakaTak is very concerned about safeguarding the confidentiality of your information. We do not collect Personal Information, and we employ administrative, physical, and electronic measures designed to protect your Non-Personal Information from unauthorized access and use. 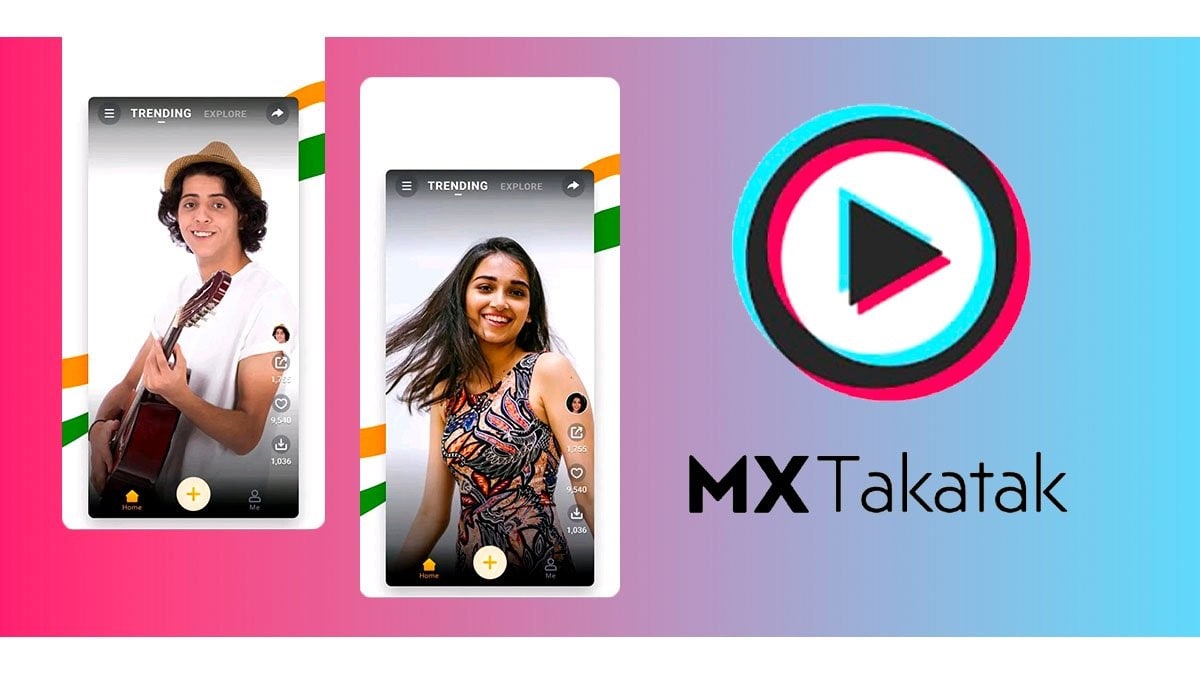 Plxmash is a china-based social media app that came to market through parent company Tripalive. It’s a made in India app for creating and sharing short videos with lip sync and native content support. The app is fully developed in India on the Advance Programming platform to make it future ready in terms of scalability and security. The app is also feasible for both long and short-form videos ranging from 15s- 60s.  The app has a presence across 130 countries and has over 4,50,000 downloads till date. 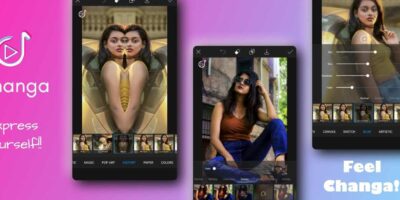